My geriatric GSD has arthritis in his front toes snd lumbar spinal stenosis. His quality life is so much better on these drops. So thankful we have them a try.

This product has improved my dog’s quality of life so much. She was born in a shelter and spent the first year there, so is a little sensitive and anxious. When she was 3, she had to have both knees reconstructed. At 8, she was having stiffness and pain. She has been on these drops for 6+ months and moving better, playing more and just generally happier! We’re so grateful!

A
Alexa D.
Helping my older border collie with her mobility

A friend of mine recommended this for my 15-year-old border collie who has arthritic hips and had 'knee' surgery 5 years ago. I really think that it is helping her. I give it to her at night, which helps her evening anxiety. I am starting up a subscription!

The mobility drops have helped my dog tremendously. She is more comfortable and definitely more playful. The people at Prospect Farms are so kind and generous and I love their mission.

T
Thomas A.
We thought we were going to have to put Rigby down.... 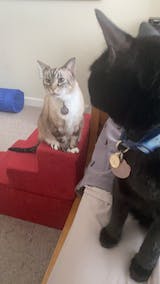 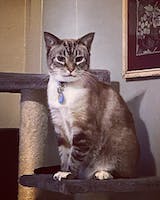